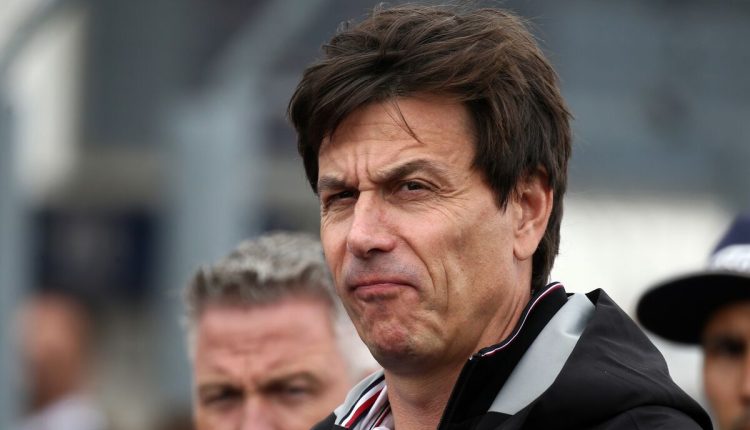 Mercedes team principal Toto Wolff has admitted that he has been left impressed by the FIA’s response to the controversial nature of Max Verstappen‘s victory over Lewis Hamilton at last year’s title-deciding Abu Dhabi Grand Prix. The Dutchman managed to clinch his maiden Drivers’ Championship crown at the expense of his Mercedes rival but was helped massively by former race director Michael Masi, who failed to correctly apply the rules with regards to the safety car restart that took place just one lap before the chequered flag.

Mercedes initially attempted to challenge the outcome of the race but quickly revoked their protests after receiving assurances that the FIA would do everything to prevent a future repeat of the farcical scenes that unfolded at the Yas Marina Circuit. The widespread changes within the organisation and its approach to F1 have been led by new president Mohammed Ben Sulayem, who Wolff believes has enjoyed a successful period in charge since replacing Jean Todt at the end of last year.

“I believe [Ben Sulayem] has shown his approach to the way he makes decisions,” Wolff told the Italian version of Motorsport.com.

“Each person has their own characteristics, and I think the main goal is always to be transparent, then you have to provide for good management, and that’s what I’ve seen so far. There will be obstacles along the way.

“Mohammed’s organisation has yet to settle into some roles, but I am happy with how it is progressing. They are open-minded, they are not pointed and as far as I am concerned, they are transparent, honest and have integrity.”

The FIA’s internal investigation into what happened in Abu Dhabi found Masi guilty of ‘human error’ that ultimately dictated the outcome of the race and, by extension, last year’s Drivers’ Championship title fight. Masi has since been relieved of his duties and replaced in his former role by Eduardo Fritas and Niels Wittich, who now oversee Grands Prix on a race-by-race basis.

Wolff went on to admit that he still reflects on the incident on a daily basis but conceded that he does not begrudge Verstappen as the FIA’s handling errors were not the fault of the Dutchman, who looks firmly on course to wrap up the end-of-season honours once again at the end of this year.

“I think about it every day,” added the Mercedes boss. “But I have my peace with Max winning the championship because he’s a deserving champion.

“How it panned out, I think I have values around fairness and especially sporting fairness. This is what provides my fundamental love for the sport. And that was kicked with the feet on that particular day.”