Cameroon and Gabon have pledged to find realistic solutions to border problems such as poaching, the illegal exploitation of minerals and forest resources as well as uncontrolled immigration. 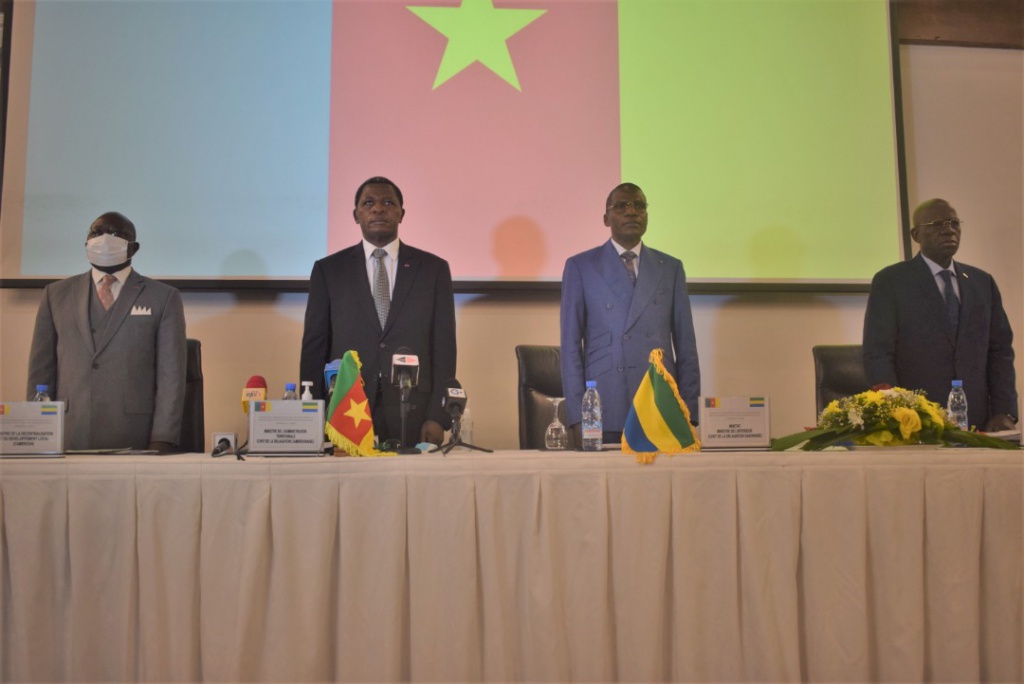 Discussions have entered their second day of discussions this Wednesday at the Yaounde Hilton.  During the opening of the trans-border security meeting this Tuesday, May 24, 2022 in Yaounde, the Minister of Territorial administration of Cameroon, Paul Atanga Nji and The Minister of State, Minister of Interior of Gabon, Lambert Noel Mata pledged commitments of both governments to combat all forms of crime along the border line.

The border between Cameroon and Gabon is largely made up of a dense forest with sparsely populated communities. The situation favours criminal gangs to flourish notably in the trafficking of light weapons and illicit drugs, poaching and the illegal exploitation of forest and mineral resources and illegal immigration.

According to the Gabonese Minister of State such vices do not encourage the free movement of people and goods. He called for a more efficient mastery of the movement of people and goods along the common border. He also called for joint military operations and the sharing of experiences and information as well as the implementations of rapid interventions mechanism to avert and contain any crisis along the common border. Cameroon Minister of Territorial Administration indicated that there is need to design a road map on the fight against cross border insecurity. He also saluted the support of the German Technical Group, GIZ, in the demarcation and delimitation of the frontiers in line with the border programme of the African Union.

The Demarcation and delimitation exercise is crucial as the two countries know the blessings and difficulties of the borderline.

At the end of the demarcation exercise, experts will be expected to establish the exact length the of the border line.

Frontier Challenges between Cameroon and Gabon

He said, they will examine legal instruments to streamline the illegal activities along the border line so that it will not be a threat between both countries at the bother.

At the end of the meeting, participants look forward to having a clear idea of the border between the two brotherly nations and the demarcation of the borderline.

The Governor indicated that both countries have already taking steps in the demarcation process.

FENASCO B 2022 Draws the Curtains: Rendez-vous Taken for Douala in 2023