The first ordinary session of parliament for the 2022 legislative year has ended this Saturday April 9, 2022 after over thirty days of intense deliberations on state issues.

The lower and upper Houses of Parliament opened with the elections of members into the permanent bureaus where Marcel Niat Njifenji was re-elected president of the senate and Hon. Cavaye Yeguie Dribril, Speaker of the National Assembly.

Deliberations were quite intense in both houses as government tabled eight bills for scrutiny amongst which were the bills to enforce banking secrecy and that related to research on human subjects in Cameroon.

Committees sat and scrutinized the bills as different government ministers answered present to defend the bills related to their ministry.

Amongst the ministers who faced the Finance and Budget Committee was the minister of Finance, Louis Paul Motaze defending the Bill related to banking secrecy.

The finance minister said following the global crisis, the head of state examined and ordered that the 2021 finance law be reviewed.

Mr Motaze said the second bill he defended governing banking secrecy was equally a very important bill as it sets precedence for trust for people to put their money in banks.

He insists that although bank records will be well protected, in doesn’t impede the government to open bank records under well prescribed guidelines when it comes to criminal investigations.

Apart from committees scrutinizing bills, workshops were also operational such as the workshop to sensitize Parliamentarians on the creation of Cameroon’s Parliamentary Alliance for Food and Nutritional Security.

As regard the grievances presented by teachers, the ministers of basic and secondary education met with the Committee on Education at the National Assembly for an an information sharing session.

Both Laurent Serge Etoundi Ngoa and Pauline Nalova Lyonga gave updates as to situation which led to the crisis and what is being done or has already been done to remedy the situation.

In another working session with administrators of the Nachtigal Power Project, it was highlighted that there are numerous job opportunities that will be created as results of the finished project.

Issa Tchiroma Bakary, minister of Employment and Vocational Training reiterated the importance of professional training to the growth of the economy.

He said for Cameroon to be emergent at least 80% of its population should be technical education oriented and just 20% general education focused. 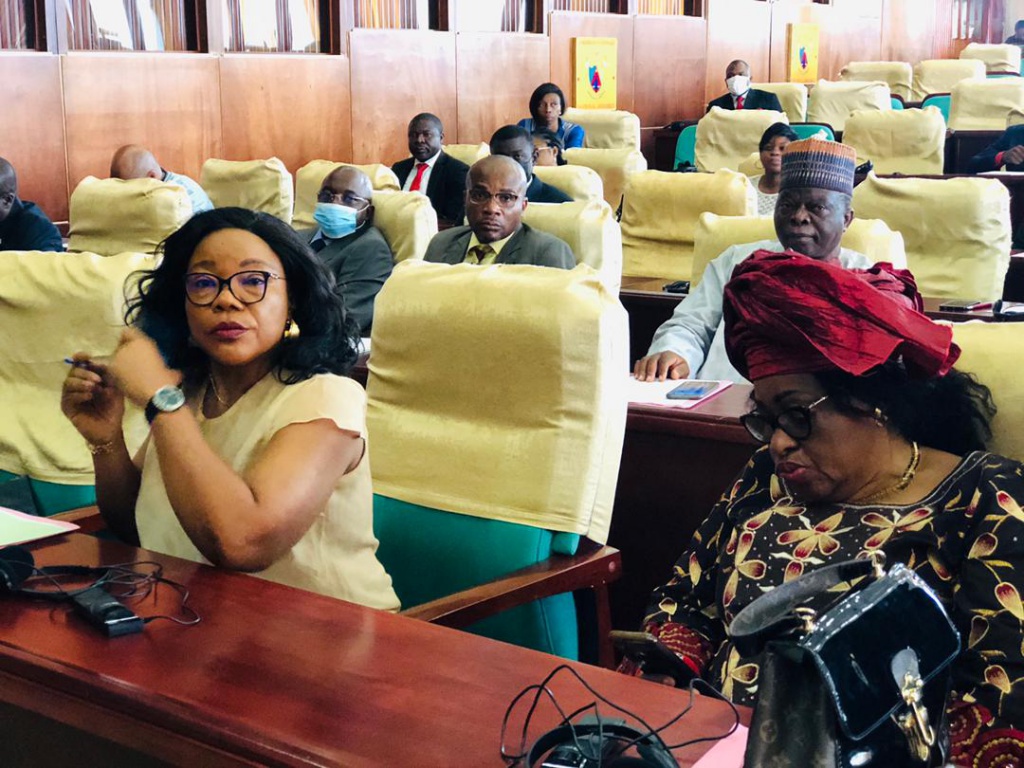 Other ministers who had questions to answer at the plenary;

Cameroon’s minister of Public Service and Administrative Reforms, Joseph Le explained how his ministry is dealing with the deficit of teachers and medical staff in schools and hospitals.

Marie Thérèse Abena Ondoa spoke about strides the ministry of Women’s Empowerment and the Family are working on to reduce violence against women and children.

Water and Energy Resource minister explained why there has been recent frequent power cuts in the country. Gaston Eloundou Essomba said things will get better with a new solar power plant in Guider, North region.

At the end of the March ordinary session, eight bills were adopted both at the National Assembly and the Senate.

The truth about Regina Daniels and Jaruma exposed. – Vidéo