The Diplomacy of the Russia – Ukraine War

Russian troops are reported to have launched an offensive on Ukrainian military targets. Troops have been battling on multiple fronts, including the outskirts of Kyiv; the capital and most populous city of Ukraine. 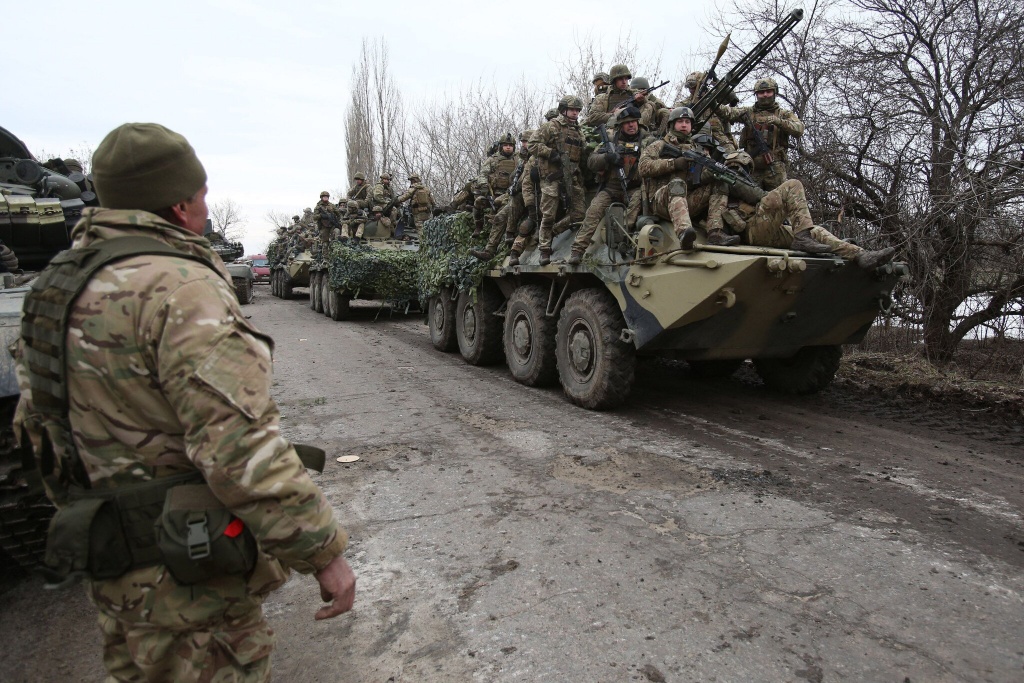 The attacks on targets across

In a nationally televised address ahead of the offensive, he appealed to Ukrainian soldiers to lay down their arms and go home as Russia doesn’t plan to “occupy” its southern neighbour.

Putin said Russia must “defend itself from those who took Ukraine hostage,” referring to the U.S. and its allies for expanding the NATO alliance beyond Russia’s red line.

“…we will aim for demilitarization and denazification of Ukraine, as well as bringing to justice those who carried out multiple bloody crimes against civilians, including citizens of the Russian Federation,” he said.

Ukraine’s foreign minister described the attacks as a “full-scale invasion.”

Following the invasion, President Volodymyr Zelenskiy of Ukraine imposed martial law across the country and urged citizens to hide in shelters to avoid missile attacks on Kyiv.

“Russia attacked our military infrastructure and our border guarders,” Zelenskiy said in a video address on telegram channel. He urged people to stay calm and stay at home if possible. “We are working. The army is working.”

Neighbouring Ukraine, a former Soviet republic, is located in East European and bordered by Belarus to the north, Russia to the east, the Sea of Azov and the Black Sea to the south, Moldova and Romania to the southwest, and Hungary, Slovakia, and Poland to the west.

The capital city, Kyiv, is the seventh-most populous city in Europe and is an important industrial, scientific, educational, and cultural centre in Eastern Europe.

Background of Russia and Ukraine

The tensions between Russia and Ukraine got out of control around January 2021 when Ukrainian, President Volodymyr Zelenskyy urged US President Joe Biden to allow Ukraine join NATO.

Following the incident, Russia, dispatched troops for training exercises near Ukraine border in spring and later in autumn.

The US President Biden in December warned of severe sanctions if Russia invaded Ukraine but Russia responding by requesting a legally binding guarantee that NATO will not hold any military activity in Eastern Europe and Ukraine.

In 2014, pro-Russian President of Ukraine was deposed and Russia annexed Crimea. Pro Russian rebels seized large parts of eastern Ukraine and have been fighting with Ukraine’s army since then. More than 14,000 lives were claimed.

Russia and Ukraine had signed the Minsk peace accord to halt the armed conflict in east Ukraine, including the Donbas region. Russia sent “peacekeepers” to the region but the West says Moscow seeks to occupy a sovereign territory.

The escalation in the crisis between Russia and Ukraine has prompted reactions from the international community with some country sending chattered plans to evacuate their citizens.

French President Emmanuel Macron flew to Moscow to talk to President Putin to reduce tensions. The French leader said sanctions would be “proportionate” to Russia’s military operations, targeting its economy and its energy sector.

G7 leaders say they strongly condemned Russia’s invasion of Ukraine saying it was “a serious threat to the rules-based international order, with ramifications well beyond Europe.”

India has called for a diplomatic way out of the current crisis between Russia and Ukraine.

US President Joe Biden called the move “an unprovoked and unjustified attack by Russian military forces” and said the “world will hold Russia accountable.”

Biden added that he would meet his Group of Seven counterparts Thursday and then speak to the American people to announce further punishments that would be placed on Moscow. The United States and its Allies and partners will respond in a united and decisive way he added.

United Nations Secretary-General, Antonio Guterres said,”I have only one thing to say, from the bottom of my heart: President Putin, stop your troops from attacking the Ukraine. Give peace a chance. Too many people have already died.”

British Prime Minister Boris Johnson announced the “largest-ever” set of economic sanctions against Russia in the wake of the invasion of Ukraine.

Speaking to parliament, Johnson said the UK was sanctioning more than 100 individuals and entities and freezing assets of all major Russian banks, including VTB Bank.