The President of the Republic, Paul Biya has reassured the youth of his determination and that of the government to find solutions to youth problems.

Speaking during his traditional February 10, message to the Youth, President Paul Biya said substantial efforts are being made to create jobs for young people.

He specified that the Priority Action Plan 2030 is expected to create six hundred thousand (600,000) jobs annually with the involvement of Regional and Local Authorities.

Cameroon’s Chief Executive highlighted the importance to expand training that will allow young people to acquire useful and relevant skills that would open up employment opportunities in every sphere.

The youths were also invited to seize all the opportunities offered by digital communication through their socioeconomic adaptation and application. 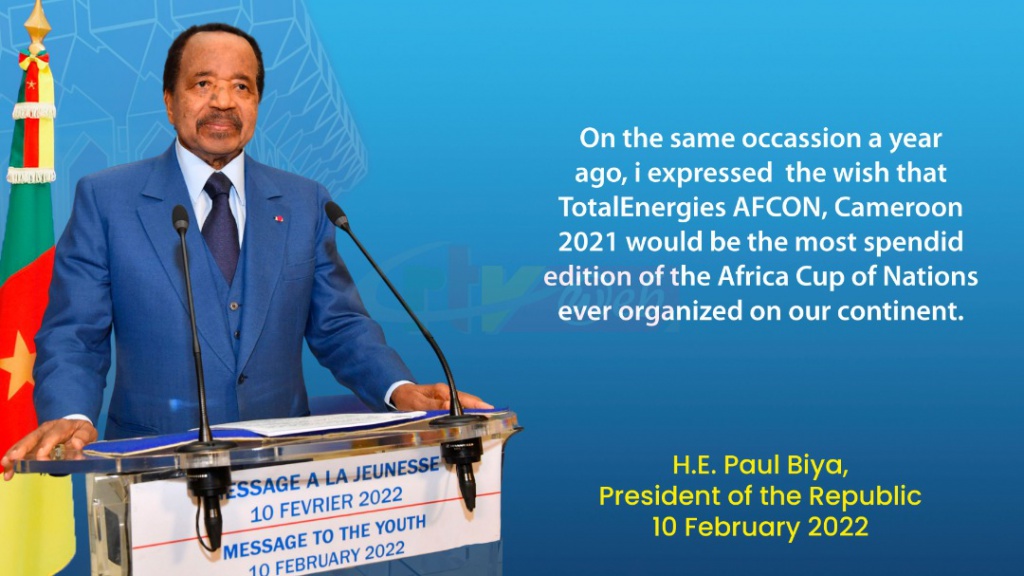 The President urged the numerous start uppers in various fields to be more inventive and creative.
He however reminded the youths to use the social media responsibly.

The President also announced the setting up of the National Employment Council which is expected to provide new solutions to reserve the unemployment trend and improve productivity of enterprises.

In order to ease access to funding for small and medium size enterprises, Government plans to mobilise specific national, bilateral and multilateral funding to support the establishment of a guarantee fund for young entrepreneurs.

The fund is suppose to provide project initiators and start ups with the requisite guarantee to raise capital from financial markets or obtain financing from traditional banks.

The Head of State has announced the creation of a Special Solidarity Fund to finance projects of youths.

Youths of the diaspora were also invited to contribute in nation building by the nation.

President Paul Biya once again honoured the memory of the eight victims of the Olembe the stampede and declared free comprehensive treatment for those injured in the incident that occured during the Cameroon vs Comoros round of 16 encounter.

He saluted strong mobilisation and participation of Cameroonians especially the youth to the success of the Total Energies Africa Cup of Nations.

The Indomitable Lions of congratulated for their third place at the AFCON and encouraged to get to work in view of their World Cup qualifier.

The President called on young Cameroonians to be inspired by youths in the likes of Francis Ngannou, Francis Tchoffo and Eric Salvador Tchouyo who recently won titles in their respective disciplines.

The President’s address to the youth also evaluated strides made by Cameroon in her match towards emergence by 2035.