His Majesty Alim Garga Hayatou, has been laid to rest in his native Garoua in strict muslim tradition.

In tears, the people of Garoua saluted the organization of a official funeral in honour of their Lamido who was on the throne since 1990. 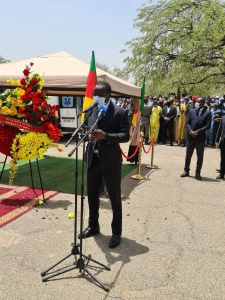 The late Secretary of State in charge of Epidemic and Pandemic Control at the Ministry of Public Health, Alim Garga Hayatou was described by his keen as exemplary.

Prior to the funeral ceremony, tributes were paid to the late statesman at the Yaounde Nsimalen.

Cabinet Ministers, relatives and friends turned out to pay their last respect before the corps was flown to Garoua for the official funeral ordered by the Head of State Paul Biya.

On board the special flight that transported the remains was Minister of Public Health, Dr Manaouda Malachi representing the Head of State. 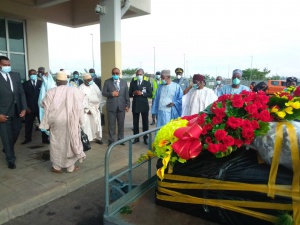 Upon arrival in Garoua, the casket of Alim Garga Hayatou was received in the North regional capital with military honours.

The official funeral ceremony was chaired at the Garoua International Airport by the representative of the Head of State, the Minister of Public health Malachie Manaouda. 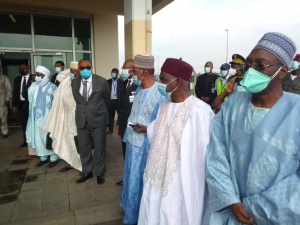 Authorities of the region and population shared fond memories of the fallen monarch.