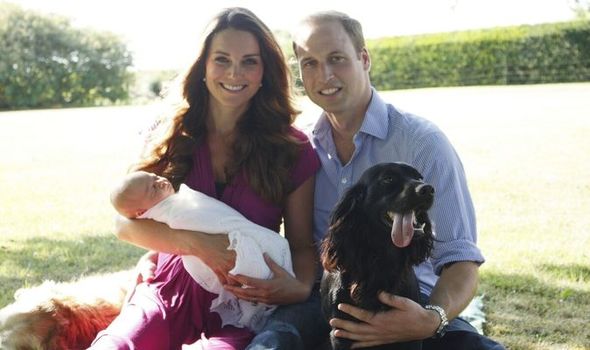 The Duke and Duchess of Cambridge have confirmed the death of their dog (Image: Kensington Palace)

The Duke and Duchess of Cambridge confirmed their dog called Lupo passed away last weekend. The royal couple announced their loss in a post on their Kensington Palace Instagram account along with an adorable picture. In a message signed with their initials, Kate and William said Lupo had been an integral part of family life for almost a decade and would be sadly missed.

“He has been at the heart of our family for the past nine years and we will miss him so much. – W & C.”

The English Cocker Spaniel was bred from a dog owned the Duchess’ parents Michael and Carole Middleton and became part of the royal household in 2011.

Its unique name of Lupo translates to “wolf” in Italian.

Over the years Lupo became a star in his own right and featured in a number of precious photographs of the royals.

The family pet featured in a cute outdoor snap with Prince George in 2016, when the future King was just three-years-old.

The pair could been seen on a picnic blanket as George leans in to feed his precious friend.

This is a developing news story, more to follow.