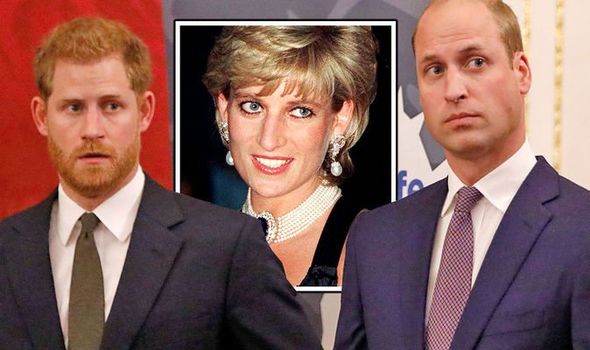 « I’ll Be Gone in the Dark » revient avec un addendum…

There have been many memoirs made over the years about the Princess of Wales life and now a four-part series titled  “Being Me: Diana” is expected to drop on to Netflix in the future. DSP, the TV company behind 127 hours and ITV’s Torvill and Dean have begun preparing the project.

The series will show unseen footage from Diana’s speeches in 1990 -92 and interviews with people close to her.

It’s expected that the documentary will focus on the princess’s mental health, eating disorders and her unhappy marriage to Prince Charles.

Royal author Leslie Carroll told Express.co.uk that the revelations in the show regarding Diana’s four suicide attempts could ‘open new wounds’ for both Prince William and Prince Harry.

Princess Diana has often had her story shared by the media, and now a new Netflix documentary threat (Image: GETTY)

She said of the programme: “It might provide closure, or it might-open new wounds for the sons. It all depends on who is going to speak to the camera and what they might reveal.

“Most people who are royal watchers already know that what really broke Diana’s heart was her husband’s marital infidelity: his relationship with Camilla, which began years before he met Diana and never ended; and which drove her into the arms of other men.

Ms Carroll also suggested that the divorce between Diana and Charles also greatly impacted upon the princes mental stability.

“For part of their young lives the siblings were raised shuttled between two households, hearing their parents argue, and undoubtedly expected to take sides.

It’s expected that the documentary will focus on the princess’s mental health, eating disorders. (Image: GETTY)

“It doesn’t matter that they were princes; that’s not an emotionally healthy situation for any child.” She added.

The production has said that it has not yet been commissioned by Netflix, however, if it does get picked up by the streaming service, it’s likely to be.a blow to Meghan and Harry.

The Sussexes have allegedly been in discussion with Netflix over future projects.

A TV source said of the project: “The royals will refuse to take part as will the Spencer family.

DONT MISS:
How William ‘gave Kate opportunity to walk away’ from romance [INSIGHT]
How Kate Middleton is taking over major responsibility from THIS royal [ANALYSIS]
Prince Charles’ ‘Battle Royal’ with Carole Middleton over George [OPINION]

The Sussexes have allegedly been in discussion with Netflix over future projects. (Image: GETTY)

Prince William has previously spoken of how painful it was to lose his mother at a young age. (Image: GETTY)

“William and Harry will be very upset and angry. It’s particularly distressing for Harry because he’s been working with Netflix.

« At a time when the royals have been dealt a blow with Harry and Meghan leaving, the timing is not good.”

A spokeswoman for Endemol Shine, the parent company for DSP, said: “This is a not a commissioned show and everything within the treatment is already in the public domain.”

Prince William has previously spoken of how painful it was to lose his mother at a young age and attend her funeral.

William also said his lack of tears at carrying his mothers’ coffin came from a place of “self-preservation.”

He explained: “It was one of the hardest things I have ever done. But if I had been in floods of tears the entire way round how would that have looked?

“In the situation, I was in, it was self-preservation. I didn’t feel comfortable anyway, having that massive outpouring of emotion around me.

The Prince also admitted that he would have wanted his mother still alive to have met Kate. (Image: GETTY)

“ I am a very private person, and it was not easy. There was a lot of noise, a lot of crying, a lot of wailing, people were throwing stuff, people were fainting.

The Prince also admitted that he would have wanted his mother still alive to have met his now-wife Kate Middleton.

“I would love her to have met Catherine and to have seen the children grow up. It makes me sad that she won’t, that they will never know her.”