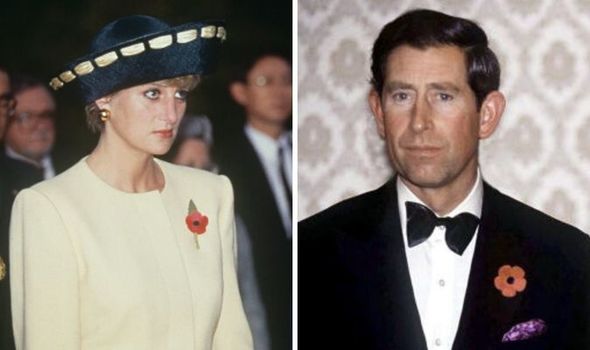 Elon Musk explains his baby’s name, selling his houses, and more on…

Prince Charles and Princess Diana married in their fairytale royal wedding in 1981. However, the Prince and Princess of Wales faced an infamously rocky marriage, and ended their union with a separation in 1992, followed by their 1996 divorce. When the pair separated, the family had to adjust to bringing up the young Prince William and Prince Harry in separate households.

However, Charles made one decision about the boys that infuriated the Princess of Wales, according to a royal author.

Veteran royal correspondent Robert Jobson, in his 2006 book “William’s Princess”, takes a look at the Duke of Cambridge’s childhood.

Mr Jobson wrote: “When the boys were with their father they spent a great deal of time in the company of their cousins, Princess Anne’s children Peter and Zara, who had also lived through the pain of a very public marriage breakdown.

“But Charles, perhaps stung by Diana’s criticism that he was emotionally unavailable, worried that he was not providing enough of the homeliness his sons needed.

Great Big Lockdown Survey: Tell us what life’s like for you by answering THESE questions

Create your own survey at doopoll.co

Tiggy Legge Bourke with the princes at Balmoral in 1994 (Image: Getty)

“He realised that whenever his sons spent a weekend or  a holiday with him in the country, as much as they loved the riding, fishing  and shooting, something was lacking.

“His solution was to infuriate Diana in a way he could not have imagined. He hired a nanny.

“It must have seemed perfectly natural to a man whose own childhood saw him spend more time in the care of his nanny and servants than his own mother and father.

READ MORE: Royal snub: Why William ‘hated every second of being made into icon’

“Thirty-year-old Tiggy Legge-Bourke seemed an ideal ‘surrogate mother’, just the sort to inject a bit of zest into the lives of Charles’ sons when they stayed with him.

“They adored her and thought nothing of telling their increasingly jealous mother of the fact.

“They loved her to bits. Perhaps a more confident woman than Diana might have seen this addition to her children’s life as just that – an addition, a bonus, a positive influence that in no way diminished her role in their development.”

She was present at baby Archie Mountbatten-Windsor’s christening last year, giving rise to speculation that she may be one of the royal baby’s godparents – which Prince Harry and Meghan Markle have still chosen to keep private.

Harry reportedly also introduced Meghan to Tiggy shortly after he proposed, and she was at the pair’s 2018 royal wedding.

Princess Anne: How royal was brutally snubbed by shock celebrity ‒ 'Vile and…