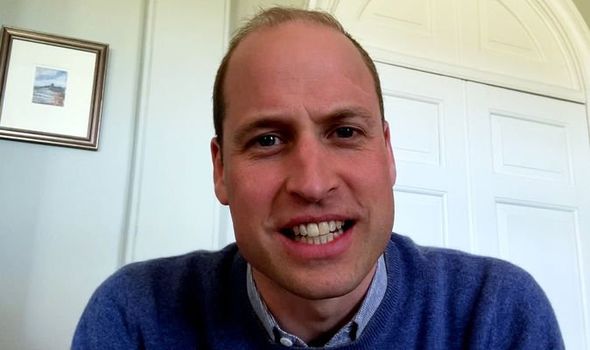 The Duke of Cambridge made the shock revelation in a clip recorded for BBC’s Big Night In show that aired last night. Controversial zoo owner and viral star Joe Exotic was brought up after William asked host Stephen Fry: “By the way have you seen anything good on TV? It’s been hell without EastEnders.”

William quickly responded to Stephen: “I tend to avoid shows about royalty.”

Fans of the royal, took to Instagram to express their delight at seeing William’s humorous side.

The Duke of Cambridge made the shock revelation in a clip recorded for BBC’s Big Night In (Image: GETTY)

One said: “This was brilliant! I stood in shock when Prince William came onto my screen. So funny, loved seeing the family together clapping for our Key workers.”

Another replied: “I love to see Prince William let loose for a joke or two. I’m so happy any time we get to see the entire Cambridge family together. What a lovely sight. Thank you for this treat. Also, thank you to all healthcare workers. »

A third commented: “Such a good sport William – and fantastic to watch.”

The pair then prepared for the Daily Clap for Carers, that takes place every Thursday at 8pm. (Image: GETTY)

The comedy sketch was filmed for a special night of television organised by Comic Relief and Children in Need.

Celebrities and members of the Royal Family showed support for frontline staff fighting the pandemic.

The pair then prepared for the Daily Clap for Carers, that takes place every Thursday at 8 pm.

Moments later, the Prince, his wife Kate and their three children Prince George, Princess Charlotte and Prince Louis were seen on their front doorstep in Norfolk clapping for frontline workers.

Later on in the programme, Prince Charles and Camilla joined in as they shared a video from their Clarence House Instagram.

They said: “The Duke and Duchess of Rothesay have joined the nation once again to show their continued appreciation and support for all the NHS staff and other key workers on the frontline of the battle against coronavirus. Thank you! »

It comes as Prince Louis turned two yesterday as he celebrated his birthday amongst his siblings and parents at home.

Kensington Palace shared adorable photos of the toddler as he played arts and crafts.

In the pictures, he held his hands up covered in rainbow paint while smiling from ear to ear.

It comes as many remarked on the similarity between Prince Louis and Kate Middleton.

The duchess has even herself acknowledged that Louis looks like her, according to a source.

The duchess has even herself acknowledged that Louis looks like her. (Image: GETTY)

The insider told People magazine: “Everyone always comments on how Louis is the spitting image of Kate,

Before adding: “She loves it and thinks it’s very sweet, she often jokes that he’s the only one of her kids who actually looks like her!”