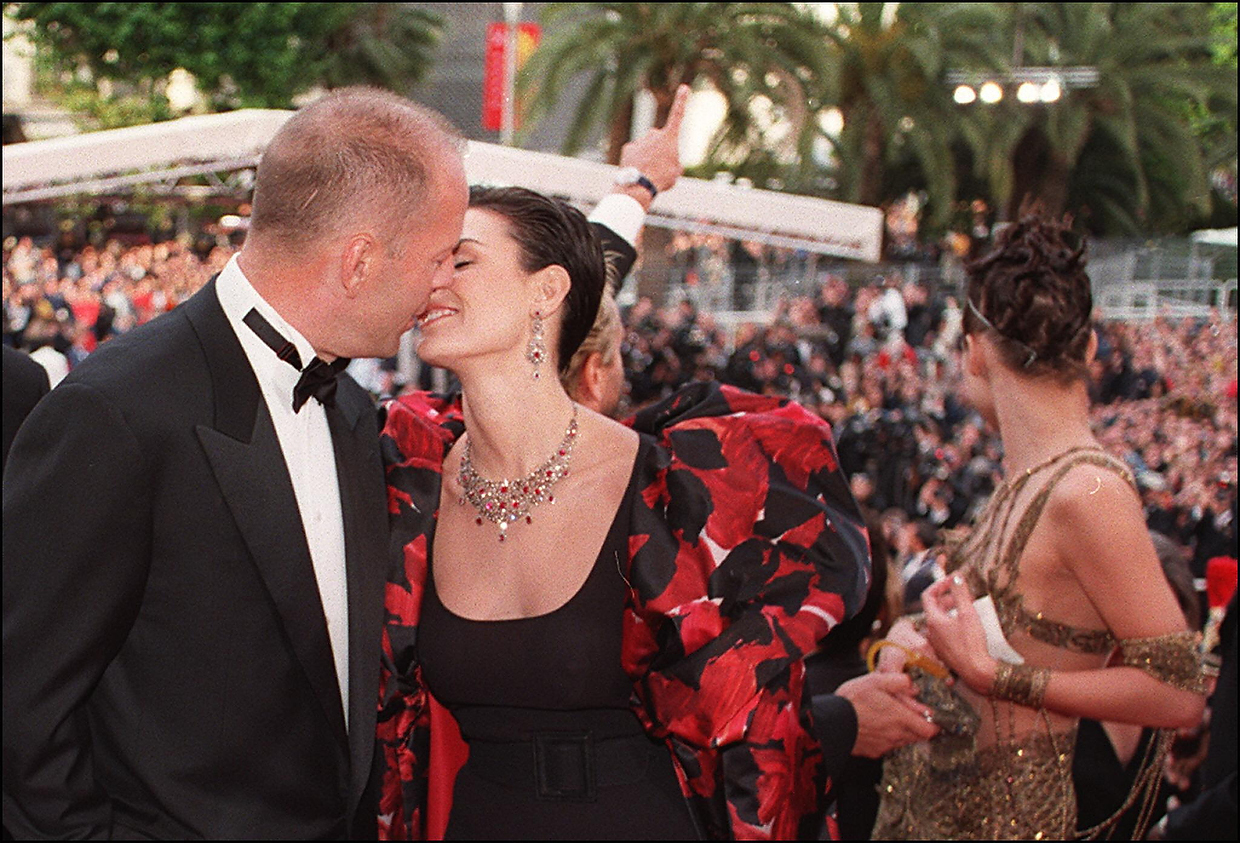 Longtime fans who remember the glory days of the Hollywood supercouple that was Demi Moore and Bruce Willis are enjoying social media posts showing that the ex-spouses have been sheltering in place together with their three daughters at their former family home in Idaho.

Some fans, however, might be wondering why Willis’ current wife, Emma Heming, and their two young daughters, 8 and 5, are missing from the photos.

Moore and Willis’ middle daughter, Scout Willis, offered an explanation, and it points to a rather strange and, no doubt, scary incident for Willis and Heming.

Scout, 28, recently was on the self-help and comedy podcast, “Dopey,” talking mostly about her work to overcome her well-publicized addiction to substances, but near the end of her segment, she explained how her family ended up being together in Hailey, Idaho for the past month — and why Heming was not present.

Scout said that one of her young stepsisters had “never gotten a talk about not (expletive) with hypodermic needles.” According to Scout, the girl found some needles at a park and “she actually tried to poke her shoe with it and poked her foot.”

Scout said Heming had to stay in Los Angeles, waiting to get “test results,” presumably to find out whether the little girl had been exposed to anything from the needle.

“My dad came up here early and then travel got crazy and my stepmom stayed in L.A. with my little sisters,” Scout said.

Us Weekly reported earlier this month that Moore, 57, and Willis, 65, were sheltering in place with their daughters, Rumer, 31, Scout and Tallulah, 26.

“Chaotic neutral,” Tallulah Willis captioned a photo she posted to Instagram on April 6.

In a comment on the photo, Tallulah said, “Hi! We made the choice to quarantine together and have been together for 27 days taking every precaution. Please stay inside and wash your hands!”

In her “Dopey” interview, Scout Willis said it has been “so cool” to spend time with her parents and sisters, 20 years after the Hollywood stars ended their 13-year marriage. Willis and Moore stayed on friendly terms following their divorce. Willis often was seen attending events with Moore, their daughters and actor Ashton Kutcher, to whom she was married from 2005 to 2013.

Willis, 65, married Heming in 2009, and it appears that she, too, is on good terms with her husband’s ex-wife and daughters. Heming sent them love after Moore posted another photo of the family in their matching striped pajamas.

Scout Willis said on the Dopey podcast: “It’s been really funny having both my parents at the house where they, like, raised us. It’s kind of a divine time to just hang out with them. … I’m very grateful to be with my family.”

When asked about any tense moments, Scout laughed and said that everyone in her immediate family is sober, including her father.

In her memoir, “Inside Out,” Moore wrote about her struggles with addiction, its impact on her relationships with her daughters and how she relapsed when she was married to Kutcher.

The actress also described her amicable relationship with Willis, writing “It’s a funny thing to say, but I’m very proud of our divorce. It wasn’t easy at first, but we managed to move the heart of our relationship, the heart of what created our family, into something new that gave the girls a loving, supportive environment with both parents. We felt more connected than we did before the divorce.”

Meanwhile, Rumer and Tallulah also have been open about their individual struggles, with Tallulah taking to Instagram as recently as January to describe how she’s still working on both her alcohol problems and an eating disorder.