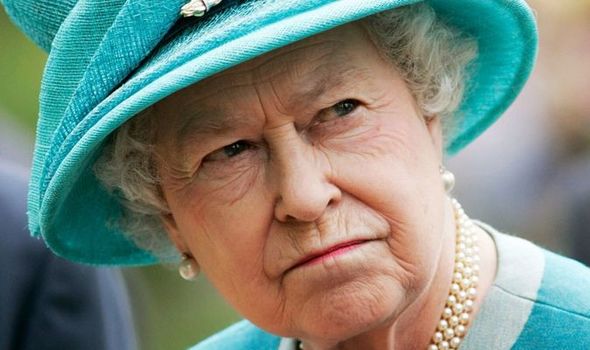 The Queen is isolating in Windsor Castle during the coronavirus pandemic (Image: GETTY)

In a statement, the palace said the annual Garter service at Windsor Castle has been cancelled.

The Order of the Garters ceremony was due to take place at St George’s Chapel on June 15.

The palace said: “ For practical reasons in the current circumstances all investitures due to be held at Buckingham Palace in June have been postponed. The annual Garter service at Windsor Castle has been cancelled.

The Queen pictured at the Order of the Garter service (Image: GETTY)

The Order of the Garter service is held every June at Windsor Castle (Image: GETTY)

« Events of this nature often involve considerable planning for attendees.

« Mindful of current Government advice, we have taken this decision to eliminate any uncertainty for guests due to attend. »

The statement was tweeted by royal expert and journalist Victoria Murphy.

The annual service brings crowds of royal fans to the streets of Windsor to catch a glimpse of the Queen and other members of the Royal Family.

Spectators can also watch the Garter Knights walking through the grounds of Windsor Castle.

They wear blue velvet robes and flamboyant black velvet hats with white plumes for the parade.

It is an order of chivalry founded by Edward III in 1348 and is dedicated to Saint George, England’s patron saint.

The knights are personally chosen by the Queen, who is sovereign of the Garter.

Knights include those who have been honoured for their public office or who have served the Queen in a personal capacity.

People who have made a contribution to the life of the nation can also be chosen.