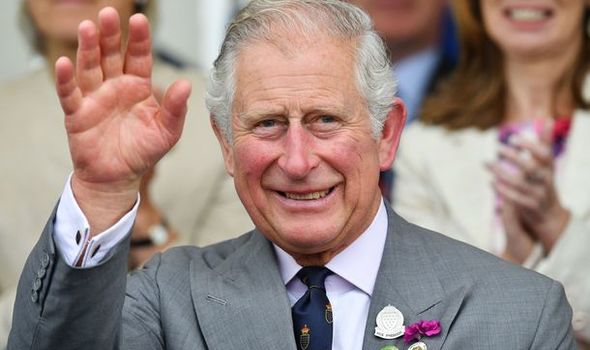 Prince Charles has been commended for engaging in a podcast over the Easter break. Royal commentators Roberta Fiorito and Rachel Bowie of the Royally Obsessed podcast noted that this was an impressive step towards a modernised monarchy. The pair noted that Kate had also surprised fans with her first podcast earlier this year and the Royal Family continue to adapt to changing times.

« They also announced Prince Charles made his podcast debut.

« Applause to them because I think they are embracing modern times by getting on a podcast. »

Ms Fiorito agreed and noted that other Royals were embracing modernity by looking at other ways to communicate with the public.

DON’T MISS: Prince Harry admits what he feels ‘guilty’ about at home with Meghan

Kate had also surprised fans with her first podcast earlier this year and the Royal Family continue to adapt to changing times. (Image: N/A)

She said: « The Royal’s ability to pivot and take everything online has shown how nimble they are.

« It also highlights the impressive technology used for times like these. »

She continued: « As we know, Kate did her first podcast earlier this year.

« I feel like it is impressive how much they are just going all in. »

Royal commentators Roberta Fiorito and Rachel Bowie of the Royally Obsessed podcast noted that doing a podcast was an impressive step towards a modernised monarchy. (Image: Getty)

Ms Bowie agreed that she loved this effort from the Royal Family and went into detail on Prince Charles’ podcast work.

« Prince Charles recorded a gospel reading and it was for Westminster Abbey’s new podcast called Abbeycast.

« He read John 20:1 -18 which tells of Mary Magdalene going to Jesus’ tomb to find it empty only for the resurrected Jesus to appear to her.

The podcast hosts also commended Kate and William for allowing people an insight to their lives more during the coronavirus crisis (Image: Guardian)

« He read that on the podcast over Easter.

« He tested for coronavirus and has recovered but he was still recording the piece from home in Scotland.

« Personally, I think that was a really nice way to celebrate. »