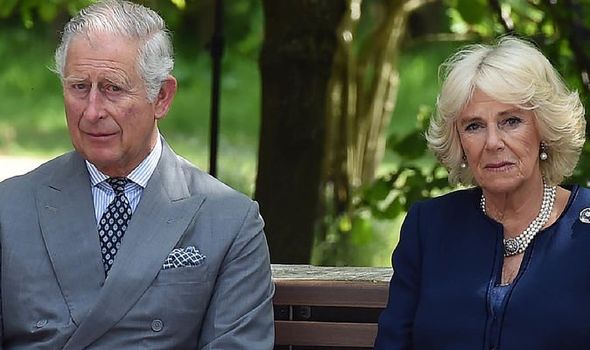 Prince Charles and Camilla issued a heartfelt statement to mark the worst mass shooting in the modern history of Canada. The royal couple said to be « profoundly shocked » by news of the murderous attack in Nova Scotia as they expressed their deepest condolences to the families and friends of the victims.

Their statement read: “Both my wife and I were profoundly shocked to hear about the devastating mass shooting in Nova Scotia.

« We wanted you to know that our hearts go out to the families and friends of all those who have so tragically lost their lives in such a brutal, senseless attack, and to those who have been so cruelly injured. »

Prince Charles and Camilla also expressed their admiration for the officers and first respondents who put their lives at risk to stop the gunman.

Prince Charles and Camilla issued a statement to pay a tribute to the victim of the Nova Scotia mass shooting (Image: GETTY)

They added: « We are full of admiration for the RCMP, first responders and officials who came to the aid and support of the communities involved in this incident, made all the more challenging with the ongoing hardships of the COVID-19 crisis and the loss of one of the RCMP’s own officers.

“Our special thoughts and prayers are with the victims’ families, the people of Nova Scotia and all Canadians at this most heart-breaking of times.”

At least 23 people have died during the 12-hour rampage, which ended in a car chase and the death of the suspect.

Prince Charles and Camilla are self-isolating in Birkhall (Image: GETTY)

On Monday evening, police officers still had to analyse 16 crime scenes, and the results of their investigation could further raise the death toll.

The gunman is believed to have shot at people and torched cars during his senseless attack.

Prince Charles and Camilla’s message of support to Nova Scotia came hours after the Queen issued a similar statement on behalf of herself and Prince Philip.

Camilla spoke ahead of the launch of the NHS Nightingale hospital in Manchester (Image: CLARENCE HOUSE)

The monarch said: “Prince Philip and I have been deeply saddened by the appalling events in Nova Scotia, and we send our condolences to the families, friends and colleagues of those who have lost their lives.

“I also pay tribute to the bravery and sacrifice of the officers from the Royal Canadian Mounted Police and other police services who selflessly responded to these devastating attacks, and to the emergency services who are supporting those who have been injured and affected.

“My thoughts and prayers are with the people of Nova Scotia and all Canadians at this tragic time.”

Prince Charles and Camilla are self-isolating at their Scottish home in Birkhall.

The royal couple continue to work and carry out royal engagements, but have adapted to the lockdown by adopting technology that makes it possible for them to work remotely.

Earlier this month, Prince Charles became the first-ever royal to officially open a hospital, the NHS Nightingale in London, from his home office.

Camilla also issued a message following the launch of the NHS Nightingale hospital in Manchester.

And, as President of the Royal Voluntary Service, has joined the army of volunteers getting in touch with the most vulnerable.

Prince Charles and Camilla continue to work from their home in Scotland (Image: GETTY)

Both the royals have also continued to work with their charities and patronages throughout the past month.

Prince Charles spoke about his week in seclusion following his positive diagnosis for coronavirus in a three-minute-long video.

Highlighting how especially hard the quarantine can be for the elderly, the patron of Age UK described self-isolation as « strange, frustrating and distressing ».