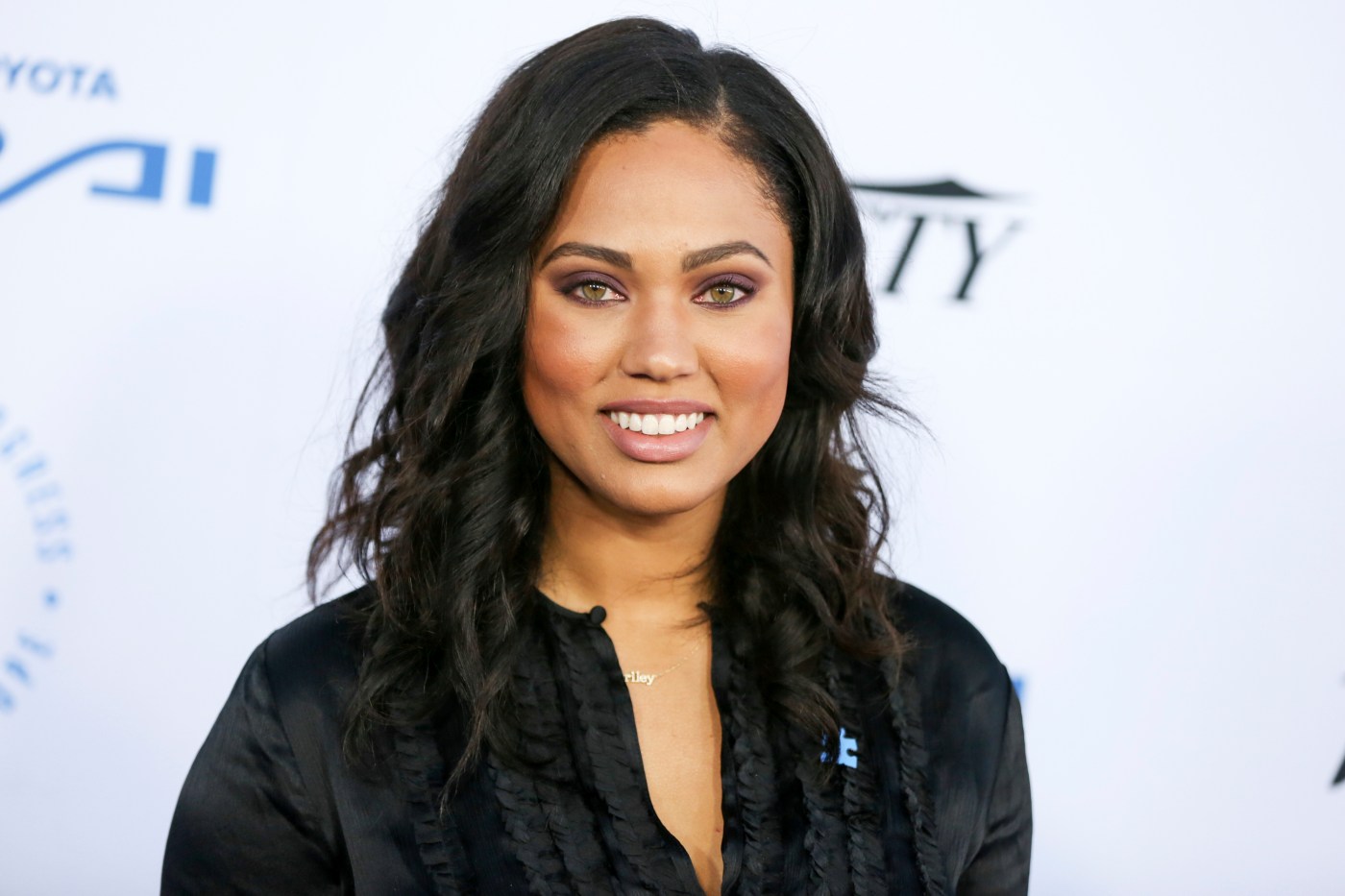 Ayesha Curry announced Tuesday that Sweet July, her glossy new quarterly lifestyle magazine, goes on sale this week. But some might wonder about the timing for launching a new publication as the coronavirus pandemic ravages the media world.

The day before, the magazine’s publisher Meredith Corp. announced widespread employee pay cuts at its well-known national titles, which include People, Better Homes and Gardens, Food and Wine, Shape, and Real Simple. Ad revenue at the company, the nation’s largest magazine publisher, has been been hard hit by the pandemic, Folio and other outlets reported.

But that’s the case for all media companies, including Conde Nast, the publisher of Vogue, Vanity Fair and The New Yorker, with famed artistic director Anna Wintour among the executives taking a significant pay cut, the New York Times reported.

Curry admitted she was both “nervous and excited” about the launch in a statement to People. Aware of the timing, the ebulliant TV host, cookbook author, restaurateur, social media star  and newly minted magazine mogul tried to put a positive spin on the news.

“This first issue is all about presence and gratitude, which I think is so important, not only in life, but especially right now. I just hope that people find a sense of peace from it,” she said.

Folio senior editor Greg Dool said it had been “a risky proposition” to launch a magazine before the pandemic. But that doesn’t mean the COVID-19 will necessarily doom Curry’s latest project. Far from it, he said. A celebrity-branded quarterly publication, with thicker paper and a cover price of $9.99 — higher than most weekly or monthly magazines — could find an audience.

“It seems as though Meredith believes they’ve identified a winning formula,” Dool said.

Curry has already created a winning formula for herself as a glamorous but relatable entrepreneur mom and as one half of one of America’s most beloved sports couple, with her husband, Golden State Warriors star Stephen Curry.

Each issue is expected to feature food, family, parenting, beauty and lifestyle tips, overseen by Curry, People said. In the first issue, the magazine’s “Connected” column features a conversation between Ayesha and Stephen Curry, about the importance of saying “I love you.”

In an Instagram post earlier this month, Curry explained that the name “Sweet July” honors her favorite month — when she married Curry and when all three of her children were born. The post was accompanied by an amusing video that was inspired by the iconic entrance of Miranda Priestly in “The Devil Wears Prada.”

Titled “The Devil Wear Sweatpants,” the video humorously recognizes the Curry family’s shelter-in-place reality by apparently being shot at the family’s Bay Area home. It co-stars her husband and daughters Riley, 7, and Ryan, 4.

If you’re like me, you’re looking for any glimmer of light or joy in the world right now to help get you through these unforeseen strange times. Last fall, I was offered the opportunity to create my own magazine. Besides it having a cover and pages and pictures, I was given the blank slate to make it whatever I wanted. After a lot of thought and self-reflection, I decided that what I wanted was to tell stories with substance about things that matter. Showcase people doing groundbreaking things and supporting their communities. Give people information but also inspiration. I wanted my girls to be able to see themselves in the pictures and the stories, and feel like not only is there a place for them in this world, but that the skies the limit for what they can achieve. And then the craziest thing happened.. We made it! And we called it SWEET JULY. Why? Well, all three of our babies were born in July, we got married in July and it’s the 7th month in the calendar year. It’s the time in my life where I find I have the most joy and excitement. I wanted to carry that through everyday and simply honor and find gratitude in the big and the small moments. As we prepare to release the first issue in what could be seen as the most insane time, I’m choosing to see it another way. I think the world needs a little joy right now, and this first issue is dripping with it. To celebrate (and to pay homage to one of the greatest scenes in movie history), I enlisted the family to make a little home video. Shot and edited by my bro @jazmiyagi (or as my kids call him “Uncle Jaz”). Initially this was supposed to launch under much different circumstances. It’s only fair to rename this: “THE DEVIL WEARS SWEATPANTS”  SWEET JULY COMING SOON!!!! @meredithcorporation

But Curry also offered up a heartfelt message about one of the aims of her new magazine.

“If you’re like me, you’re looking for any glimmer of light or joy in the world right now to help get you through these unforeseen strange times,” Curry said. She said the magazine would also “tell stories with substance about things that matter” and “showcase people doing groundbreaking things and supporting their communities.”

For Curry, it’s also important to feature young black women in print, she told People. “It was so exciting to know that as my girls grow up, they can see themselves within the pages.”

It’s not clear to what extent Sweet July, or Curry herself, will be affected by the cost-cutting measures taking place at Meredith publications, which are facing “a significant decline” in ad revenue, Folio reported.

Meredith Corp. will implement pay cuts to 60 percent of its 5,000 employees. Starting May 4 and continuing through early September, 45 percent of employees will have their pay reduced 15 percent, with the highest-paid employees seeing 20 to 40 percent cut from their paychecks. That includes the company’s CEO Tom Harty and its board of directors.

“The COVID-19 crisis has created an extremely challenging business environment, including significant advertising campaign cancellations and delays,” Harty said in a statement to Folio.

Requests for comment from Meredith Corp. were not returned in time for publication.

For its debut issue, Sweet July managed to line up a number of national advertisers, Dool said. Meredith may also hope that Sweet July follows the success of The Magnolia Journal, a quarterly magazine launched in 2016 with TV home-renovation stars Chip and Joanna Gaines. That magazine grew from 600,000 copies in its initial run to more than 1 million copies per issue through a mix of paid subscriptions and newsstand sales, Dool said.